ruby-vips is now at version 2.1 with a few useful bug fixes and an interesting new mutate feature. This new block makes it possible to modify images efficiently and safely.

Up until now ruby-vips has been purely functional, in other words, all operations created new images and no operations modified their arguments.

For example, you can draw a circle on an image, but you are given a new image back and the original is not changed:

This takes image x, makes a copy in memory, draws a circle with centre at (50, 50) and radius 10 filled with pixels of value 255, and returns this new image as y.

Purely functional operations have the huge advantage of allowing safe sharing: if another part of your program is using the image referred to by x, it won’t see a circle unexpectedly appear on its image.

All this copying and duplication is fine for small images, but can become very slow for large ones. And what if you want to draw a series of circles? It can become very painful indeed. For example: 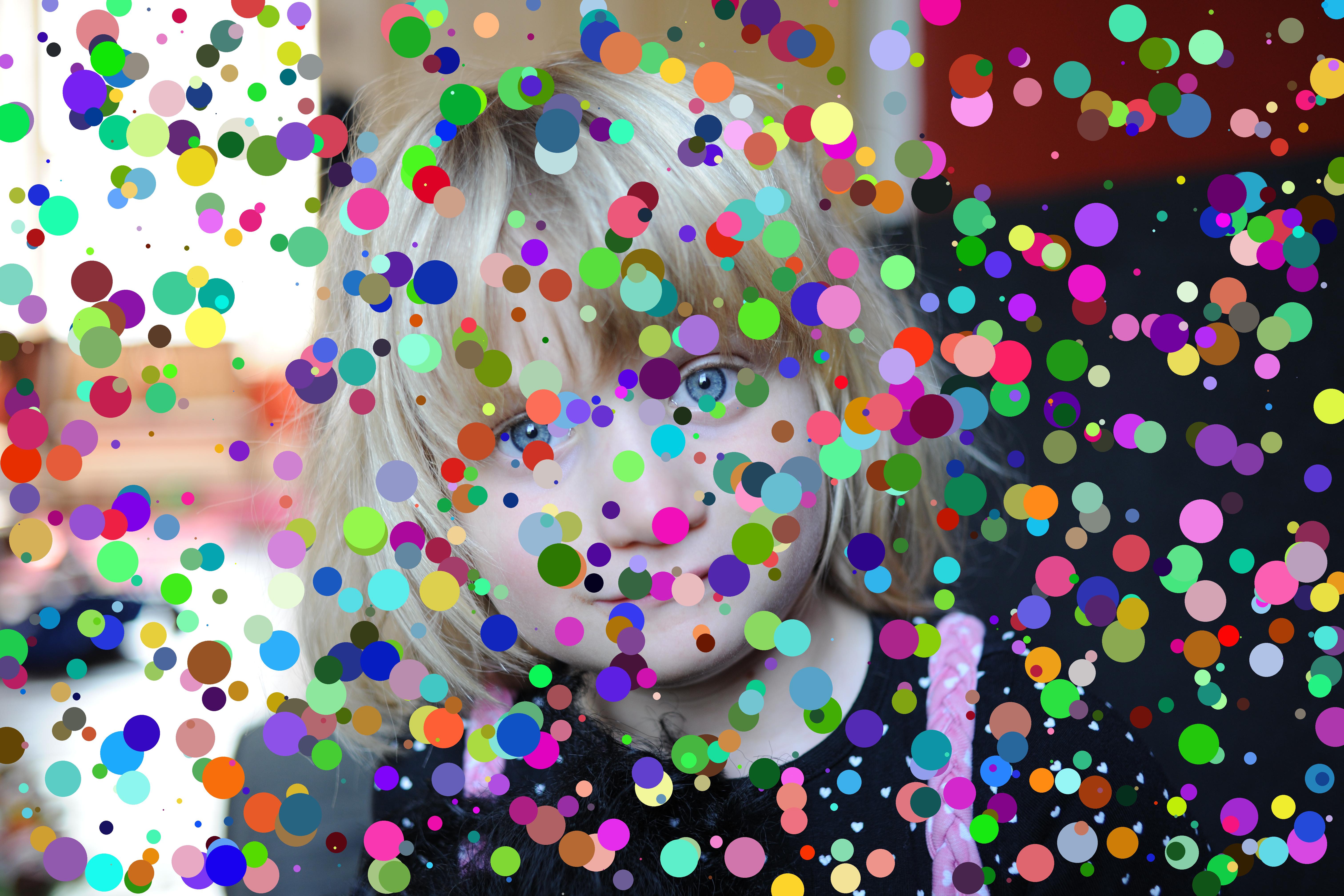 There’s a second case where mutability is important: metadata updates.

ruby-vips lets you set image metadata. For example, you can set the EXIF orientation tag on an image like this:

It works in simple cases, but actually this is not correct. The x.set is modifying image x (though only modifying the image metadata rather than any pixels) and in a large program, x could be shared. In some large programs, you can get bizarre behaviour and even races and crashes.

To be safe, you need to make a private copy of the image before you change it, like this:

This is annoying, and worse than that, ruby-vips does not enforce this rule.

ruby-vips 2.1 has a new feature that tries to fix both these problems: the mutate method.

The mutate method builds a private copy of the image, uses it to construct an instance of a new class called MutableImage, and then yields that instance to the block.

An instance of MutableImage behaves just like an image object, except that it is guaranteed not to be shared. There are new destructive versions of operations like draw_circle (with the usual ! naming convention) which really do modify their argument.

After the block finishes, mutate unwraps the mutable image and returns a new Image object. Because it manages the transition to MutableImage and back, ruby-vips can enforce all the obvious rules to guarantee run-time safety.

Because there’s only one allocate and copy, performance is much better. I see:

You can use mutate to safely modify image metadata too:

For compatibility, the old set and remove methods are still there, but we plan to make them start issuing warnings at some point.

The other libvips language bindings probably need a feature like this too, but for now it’s just ruby-vips.